Jewellery all over the world 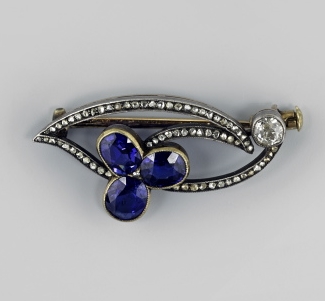 A huge amount of archeologic and journalistic photographs from trips and expeditions on fartherst ends of the globe and various ages, were already released in resources of libraries belonging to the Digital Libraries Federation. Among those collections, we can find many artistic ware, also decorations characteristic for nearly all possible cultures – jewellery. The biggest choice of ornaments is available in the National Digital Library in Warsaw, these are also the oldest objects of this type, which can be found in the DLF. They contain archeologic stocks from the ancient Egypt (lines of beadings, rings, beadings and circles for wig decoration, necklace with columns, amulets), Persia (bronze decorations) and also some more contemporary ones, jewellery pieces from 19th and 20th centuries, such as: Russian brooch, French ring, art nouveau pendant or a Polish amber handicraft (brooch, pendant). Other interesting objects can be found in the Catalogue of artistic and science collections of the Polish Academy of Arts and Sciences PAUart: a photographic documentary of collections from the National Museum in Tarent (golden pendant, diadem with coloured stones) or a photographic portrait of a young woman from Ceylon wearing typical Synegaleez jewellery. Single publications according to the jewellery, have been released also in a few other digital libraries. In the National Digital Library POLONA we can find an etching with coins and metal jewellery, catalogued by the famous Joachim Lelewel. The Digital Repository of Scientific Institutes releases a big journalistic documentation from India and Pakistan and among others from life of rabari shephards, whose clothing and decorations are visible on many colourful photographs. Last but not least, we would like to point an article about the medieval jewellery on Polish grounds available in the Adam Mickiewicz University Repository. Brooch with a fish Amulet – a ring with a god figurine

Beadings and circles for wig decoration Portrait of a girl, kanchichi rabari 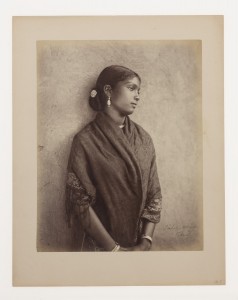 Portrait of a woman – Ceylon 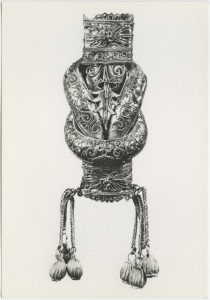