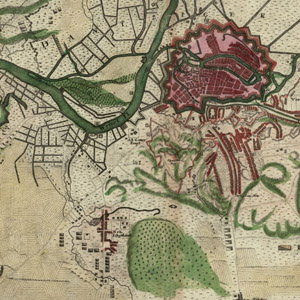 Although nowadays analogue cartography art is dying out, in resources of Polish digital libraries we can find lots of archival maps and city plans. They are often venerable documents, exquisitely crafted and richly decorated, what is rather hard to experience while choosing e.g. GPS navigation. Ones of the most interesting examples are maps and plans of Gdańsk (ger. Danzig) available in different digital libraries. They illustrate the historical lineament, boarders and evolution of the city throughout the centuries. The oldest one, a coloured copperplate from 1734 is available in Digital Library of University of Wrocław, it comes from Nuremberg. Below the map, we can see a painted scene of Gdańsk’s bombardment. The next one in chronology is (also German one) a map from 1739 available in the National Digital Library Polona. It depicts Gdańsk from the period of the succession war along with the panoramic graphics of the city below. Next two German maps are availabale in the Digital Repository of Scientific Institutes and come from 1803 and 1886. Other presented maps come from 20th century, two of them are from Kujawsko-Pomorska Digital Library (German map from 1909 and a map of Gdańsk and surroundings printed in Warsaw in 1923), the third one, manually coloured from 1921 is available in RCIN. 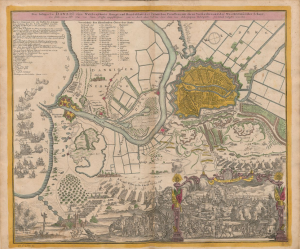 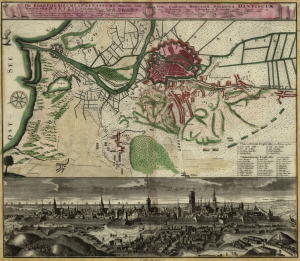 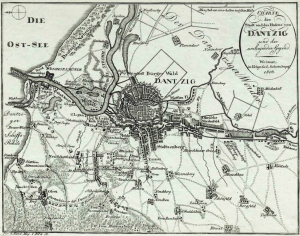 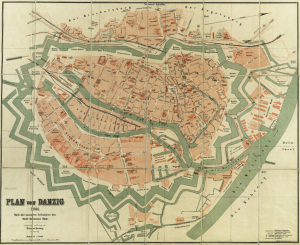 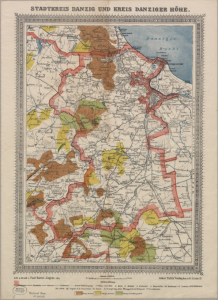 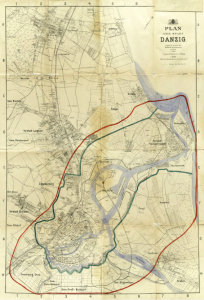 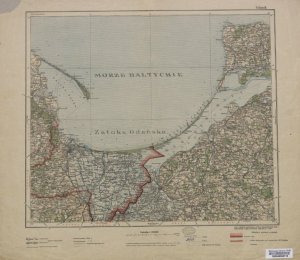