Wedding ceremony has changed quite diametrically throughout last century, beginning with formalities, through rituals, music, clothes, to reasons, which drove newlyweds to marry each other. Also wedding photographs are totally different – at the beginning of 20th century nobody suspected the enormous popularity of modern, fairytale and pastel photo shoots on the bosom of nature as an inherent element of every fashionable wedding. Less and less weddings are traditional and regional – Cashubian, highland-style or Jewish. Because of that it is worth to look at the stocks of Polish digital repositories, which cloak many photos documenting the evolution of wedding ceremonies throughout the years.

We do not have to write much about those photographs – it is just good to see and compare not only the look, but also emotions accompanying this important moment. Of course we can find many photos of this type in the Library of Private Collections, which shares loads of private souvenirs from weddings of people who were not famous at all, but especially these ones give the best testimony of social life those days (Wedding of Helena and Władysław Berak from 1935, Walkowscy wedding from 1952, Wedding of Maria Wichlińska and Antoni Plater-Zyberk from 1930 in palace in Tuczno). We can look at similar, personal photos also in Museum of Photography (group portrait by the wedding table at the wedding of Zofia and Paweł Mussil from 1926; portrait in a gate at the wedding of Karola Kosińska and Stanisław Karyłowski from 1931) and the National Digital Library POLONA (wedding portrait of Elżbieta and Grzegorza Eyman from 1964; wedding portrait of Alicja and Andrzej Altenberger; Hutsul wedding ca. 1939). According to the last one mentioned – more regional wedding photographs are shared by the Baltic Digital Library, where we can see a huge collection of photos from Cashubian weddings (Kartuzy and Chmielno area) from the first half of 20th century, taken by Władysław Baranowski. Two quite unusual photographies are shared by the Multimedia Library of NN Theatre: first of them os a wedding of Rachela and Aleks Dancyg, which took place in 1973. Aleks Dancyg was an inhabitant of Nir Oz kibbutz, historian, associate of the Yad Vashem Institute, active participant of the Polish-Jewish dialogue. Second photo is a wedding of Adam Zagajewski with Maja Wodecka, which took place in 1990 in Paris, among attendants of this event were some famous people, among others: Josif Brodski, Zbigniew Herbert and Wojciech Pszoniak. In the end we present quite peculiar objects, which do not bring out any good connotations, but their presence is important for the history of country and region. In the Digital Library of Archives of Local Tradition we can find photographs of German couples getting married in a registry office, these are photos from a German album from 1938-45 found in Kuślin. 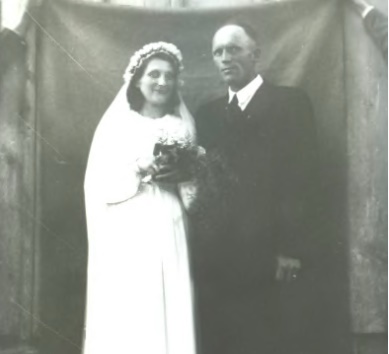 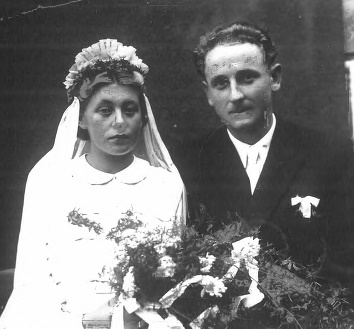 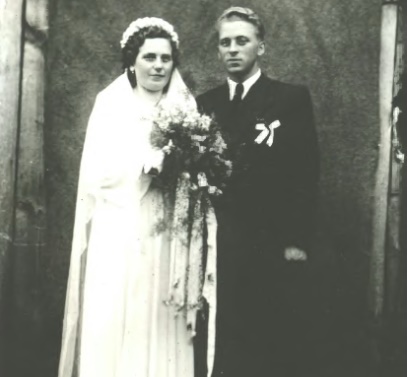 Wedding of Zofia and Paweł Mussil

Wedding of Helena and Władysław Berak

Wedding of Rachela and Aleks Dancyg 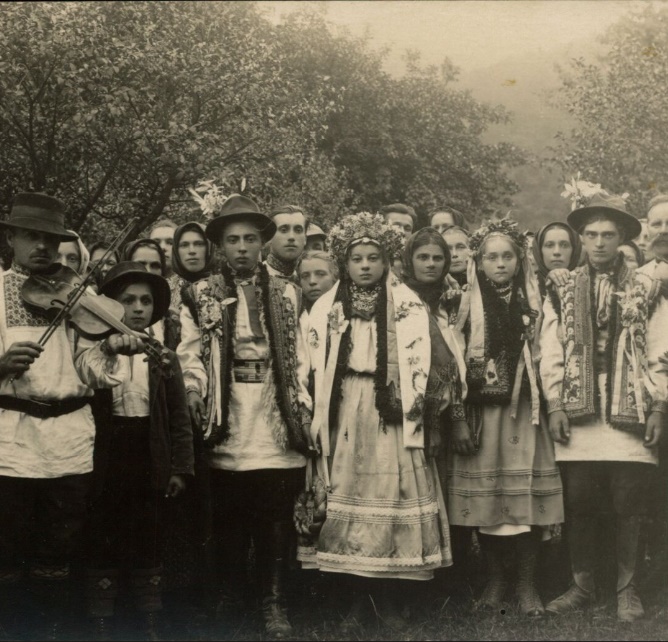