At the very beginning we should divide the term of theatre into two main meanings – theatres as often classical buildings, starting from amphitheatres to historic operettas, and also theatre as a field of art and a means of communication. Theatre as a field of art has been known since centuries before inventing cinema, it lived through many ups and downs, reforms and changes of audience. However, regardless the spheres it was currently popular among, along with the wide-spreading of press, cultural and theatre magazines also became popular. The oldest available ones among stocks of libraries belonging to the Digital Libraries Federation, come from the middle of 19th century and what is more, their content suprises by quite modern attitude and does not vary much from periodics published nearly one century later.

19th century theatre newspapers mentioned above are available mainly in the e-library of the University of Warsaw, there are: Musical and Theatrical Diary – a historic and evaluative magazine from 1862 r, treating of the theory of music; also a bit later Antrakt so the Theatre Newspaper from 1876, what’s interesting – short, but meaty one, containing all useful theatre news and what is more, published daily, not excluding Sundays and holidays! Undertaking the chronological presentation of chosen periodics, the next one will be Krakowski Przegląd Teatralny from 1919, shared by the Regional Digital Library of Łódź CYBRA, including many photographs and detailed descriptions of theatres repertories in Cracow. Another two magazines from: Theatre and Cinema: an illustrated magazine dedicated to matters of theatre, music, art and cinematography along with the programme of all shows in Warsaw for whole weekend published by the Newspapers and Artistic Advertisement Office dell’Arte in Wielkopolska available in the Digital Library of Wielkopolska and Theatre Echoes – an illustrated newspaper diversified by essays of famous artists available in the Silesian Digital Library. In Jagiellońska Digital Library we can see a weekly theatre, movie and music periodic Rampa from 30s, whereas in the Digital Repository of the Scientific Institutes it is the Life of the Theatre: also a weekly periodic dedicated to the Polish theatre culture – year 1927 gathered in one publication, comprehensive articles about the theatre and opera development in Poland and whole world. In the end we would like to introduce much younger periodic, but still different than modern magazines, which is available in the Multimedia Library of the NN Theatre – Kamena: 2-week socio-cultural magazine from 1980. It caught on political subjects, lifestyle, humanistics, tickled about international matters, led a literary dept and a box of theatre reviews, created possibilities of debuts. It was a continuation of a literary magazine edited and published before War. 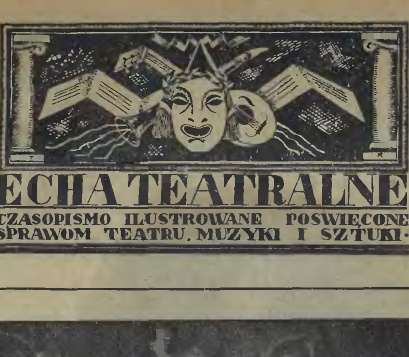 Monthly Periodic of the City Theatre in Warsaw 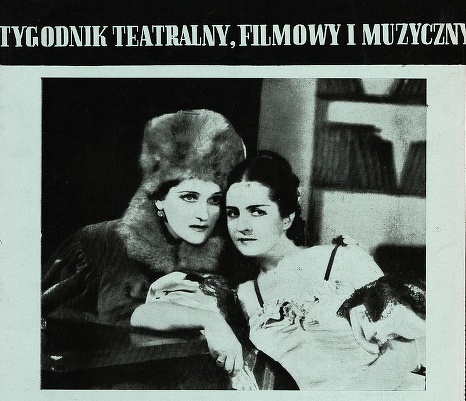