The end of December is a cheerful time of leisure, celebration of moments shared with the loved ones, and also New Year’s Eve party that is usually a beginning of a colourful period of carnival. Until certain moment in history, these nights were celebrated mainly among higher social classes, whereas at the breakthrough of 19th and 20th centuries, this ritual was diffused among worse off spheres. Since then many local New Year’s Eve and carnival traditions characteristic for certain country or region were made up. In stocks of regional and countrywide repositories belonging to the Digital Libraries Federation we can find many documentations of those holidays – posters and invitations for New Year’s Eve parties, postcards with greetings and also numerous photographs of musicians and dancings.

From among digital libraries sharing this type of objects we have chosen few showing most interesting archival materials from before years. In the West Pomeranian Digital Library POMERANIA there are two posters promoting New Year’s Eve parties for two precised social and professional groups (what was quite popular practic those times): freighters and partisans from 1947. Whereas in the National Digital Library POLONA we can find quite diversified objects, among others: posters and descriptions of New Year’s Eve parties Sylwester of Technicians Society; Merry New Year’s Eve Party of Artists from the City Theatre in Białystok; Sylwester 1938 in Cafe Club in Lubartow, where plays a band, “which can dispose many attractions to keep the whole shape of the entertainment at the peak of full levity and fun”, and also New Year postcards from 1900 with greetings of a happy New Year and a coloured copy with a lady holding a shampain. Many libraries shared photographs documenting more or less boisterous events: in the Multimedia Library of the NN Theatre we can find photos of a New Year’s Eve Party in the Band of Song and Dance of Lublin Area from 1978, it is worth to notice amazing, fashionable, flowery dresses of dancing ladies; in the Library of Private Collections there is a couple celebrating a New Year’s Eve evening in Berlin in 1939; and in the Ethnic Music Archive there are photos of the musicians from 60s, a band from 50s and a group of friends from 30s. In the end it is worth to look at materials from the Mazovian Digital Library: the oldest graphics with depiction of a New Year’s Eve party from 1883 and a program of a Great New Year’s Eve Revue in a Cinema-Theatre Vistula on the Tamka street in Warsaw during 20s. 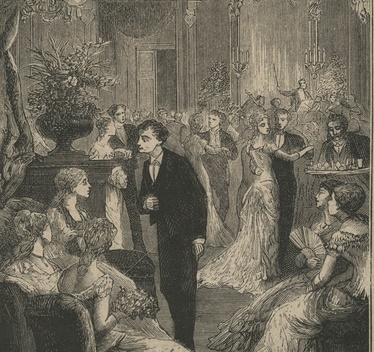 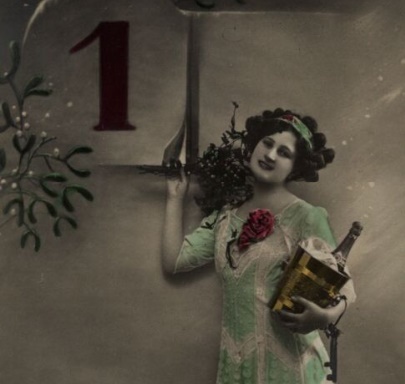 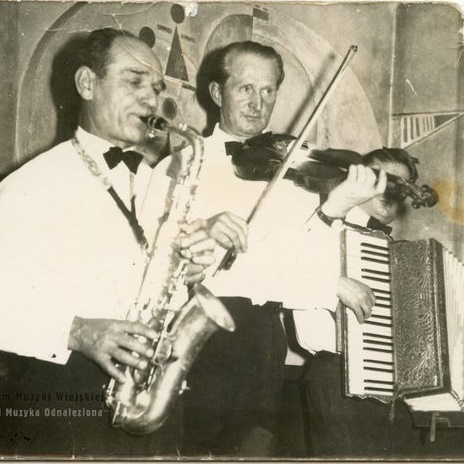 A New Year’s Eve Night in the Cinema-Theatre Vistula 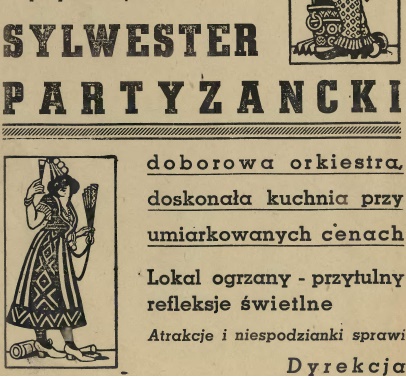 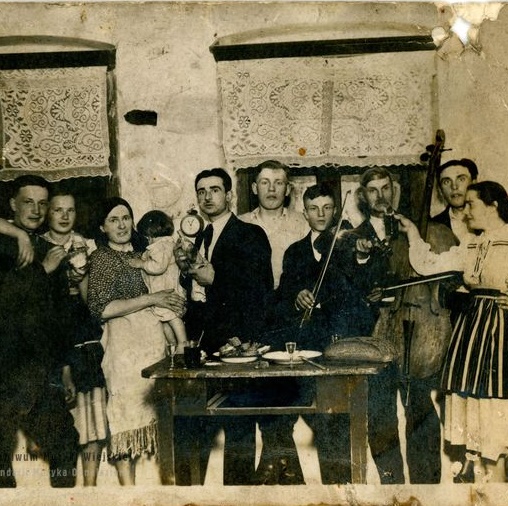 New Year Eve in a group of friends, 30s. 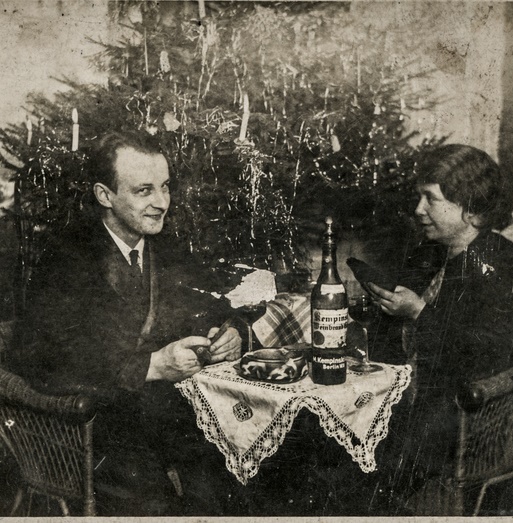 New Year’s Eve of a Band of Song and Dance

New Year’s Eve of a Band of Song and Dance 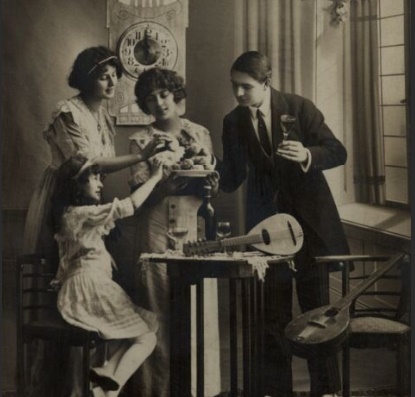 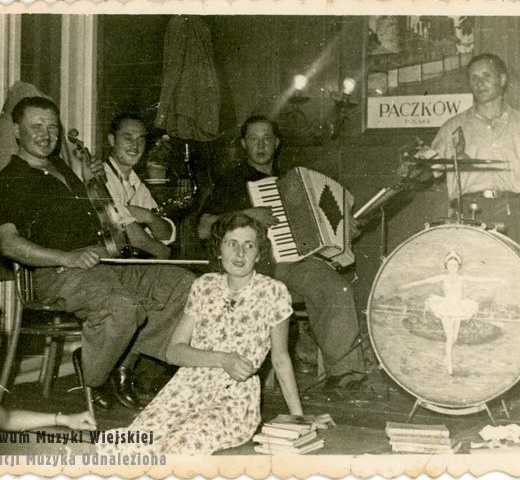