Christmas back in the day

Christmas traditions and graphic depiction of those holidays changed a lot throughout the centuries. For example the custom of the Christmas Tree as a decorated coniferous tree, has is rooted in 16-century protestant Germany, in Poland it caught on for good just in 19th century, replacing the old Slavic practic of decorating hay sheafs. What is more interesting, the date of celebrating the birth of Jezus comes from the pagan holiday of Ajon – remove of the sun, or even rather the birth of child-sun. There are also many different images of this Bible event – some of them are quite dark and serious, others are really friendly, or even fairy-tale – with smiling angels, lots of animals and the obeisance of three magicians.

Among stocks of libraries belonging to the Digital Libraries Federation we can find many publications hark back to the old ways of celebrating Christmas, and also lots of acknowledged pieces of art depicting interpretations of the events in Betlehem. One of the oldest images of what happend during Christmas Eve can be seen for example in the National Digital Museum in Warsaw (a graphic print of the  copperplate of Albrecht Dürer called Die Weyhnachten and an icon – fragment of  ikonostas Christmas with the obeisance of three magicians) and in the Catalogue of artistic and scientific stocks of Polish Academy of Arts and Sciences PAUart (oprint of a Dutch graphics made by Peter Rubens, entitled Christmas and a 17th century aquaforte from the series Life of the Hoy Virgin Mary). In the Małopolska Digital Library we can find some archival examples of the magazine Przekrój, also a few Christmas ones – from 1946, where we can read for example an article about the ludic tradition of glass paintings of some religious events and with aesthetics of Polish folklore. Many digital libraries show also photographies illustrating traditional ways of spending Christmas holidays decades ago – in the Ethnic Music Archive  there are children beneath the Christmas tree and carolers: Herod, Shepherd, Angel, Sołdat, Śmierć i Żyd from the period between 50s and 60s.; in the Digital Library of Private Collections there are photographs of Polish families spending Christmas Eve together in 1936; whereas in the Digital Library of KARTA Centre it is a  photo of a big group of people sitting together to celebrate during 50s. There is also an interesting object in the Radomska Digital Library – it is a book from 1926 that describes Folklore rituals of Christmas: its beginning and first meaning – a thing about history and tradition of these celebrations mainly in Poland. 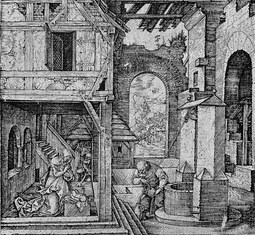 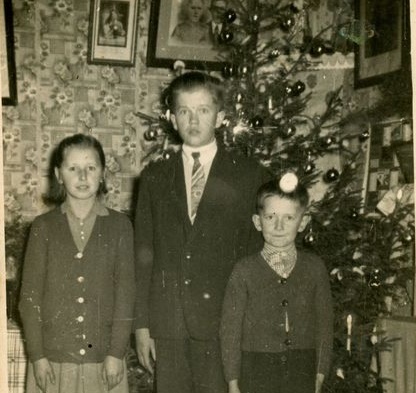 Children beneath the Christmas tree 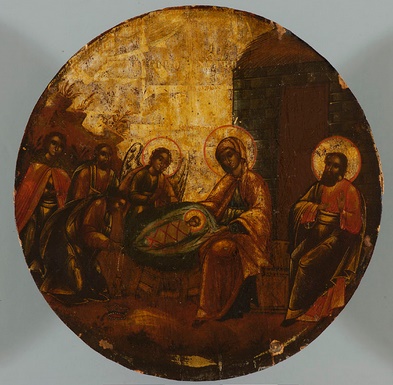 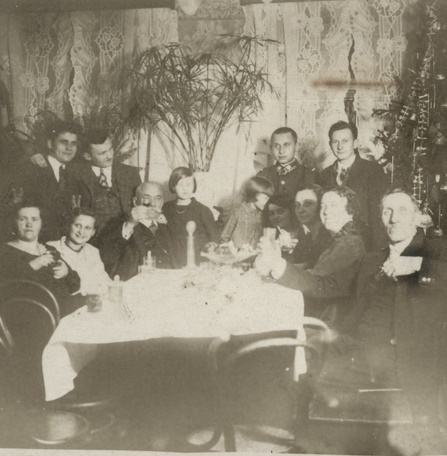 Family by the Christmas table 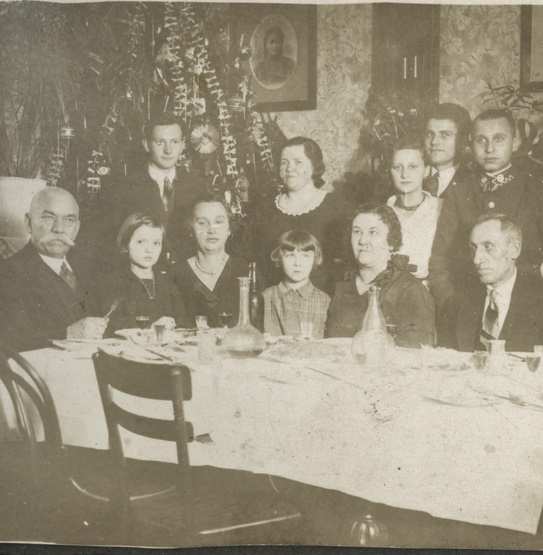 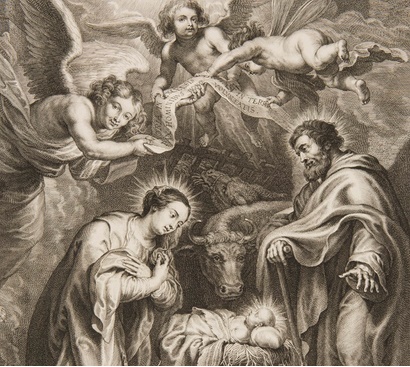