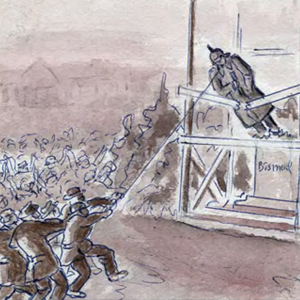 One of the most significant moments in the history of Greater Poland region was definitely the Uprising in 1918-1919. It emerged not long after the official truce and ending of 1st World War, the day after Ignacy Jan Paderewski comeback to Poland. The reason was striving for independency of Poles living in the Province of Poznań. Majority of data about uprising is available in the Digital Library of Wielkopolska, there are among others i.e. memories of uprising’s participants. One of those are written by Władysław Teresiński, who, apart from specific combat descriptions, details also his upbringing in a patriotic spirit, experience of school years in an invaded country and runaway from alien army. Another jottings of this type belong to Marian Kasprzak, who, as a 18 year old youngster, was drafted to the compulsory services of sapper army of the emperor Wilhelm. After its ending, he formed Folk Watch with his father in Jutrosin, recruited over 300 insurgents, gatheres weaponry and thereafter successfully took control over surrounding towns and villages. In DLW we can find several types of monographs i.e. album about traces of Greater Poland Uprising released on 90. anniversary of its outbreak; there are also lists of places connected with the uprising. In the Digital Library of Zielona Góra we can find a beautiful album from 1934. commemorating the 15th anniversary of Polish regaining the independence. It contains unique materials and archival pictures documenting whole endeavours to reach independency in Poland. 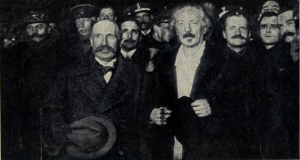 Welcome of the coalition mission at the railway station in Warsaw