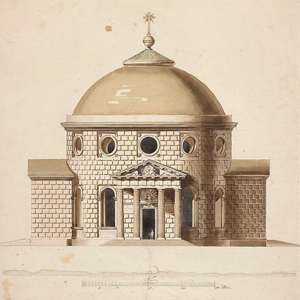 A treat in Polish digital libraries not only for architects – there is a large amount of old drafts, drawings and architectonic plans mainly from 20th, but also from 18th and 19th century. They distinguish from modern ones because of an extraordinary plasticity of performance. Some of them might be considered rather as pieces of art than drawings made only for practical use. For example in Silesian Digital Library we can find two unique architectural year books from 1912-14 created by students of Polytechnics of Lviv. Another tidbit from the same library is the documentation of construction of the 14-floor modernistic edifice of revenue agency in Katowice in 1930. In the National Museum Digital Library in the Collection of Polish Drawings there are separate sub-collections of architectonic drafts and projects. They contain objects mainly from the beginning of 20th century but we can also find some gems from 18th centennial. Those are majorly architectonic plans of churches, statues, tombs and presbyteries. Single objects of that kind can be found in other digital libraries i.e. in the National Digital Library POLONA (1, 2). 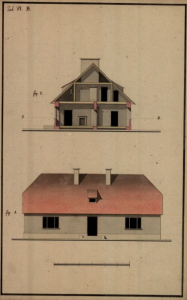 [Architectonic projects, board VI B, elevation and cross section of the house] 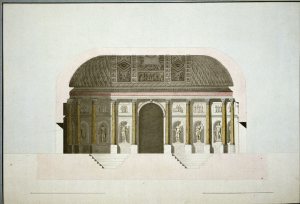 [Oval hall in the western part of the villa] 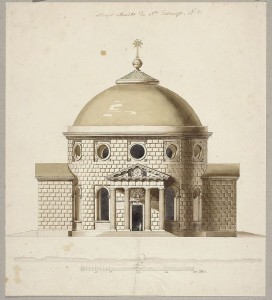 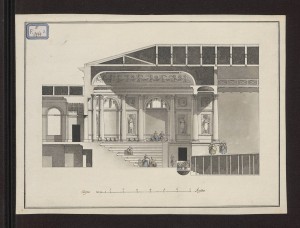 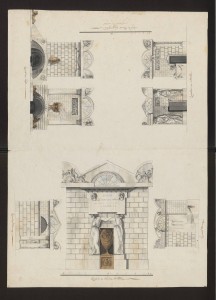 [Arkadia. Tomb of delusions. Tomb in a shape of sarcophagus. Front wall] 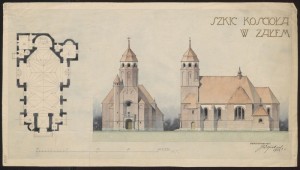 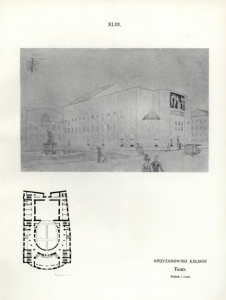 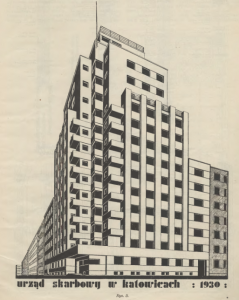 [Construction of a 14-floor edifice with steel skeleton in Katowice] 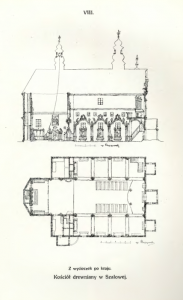