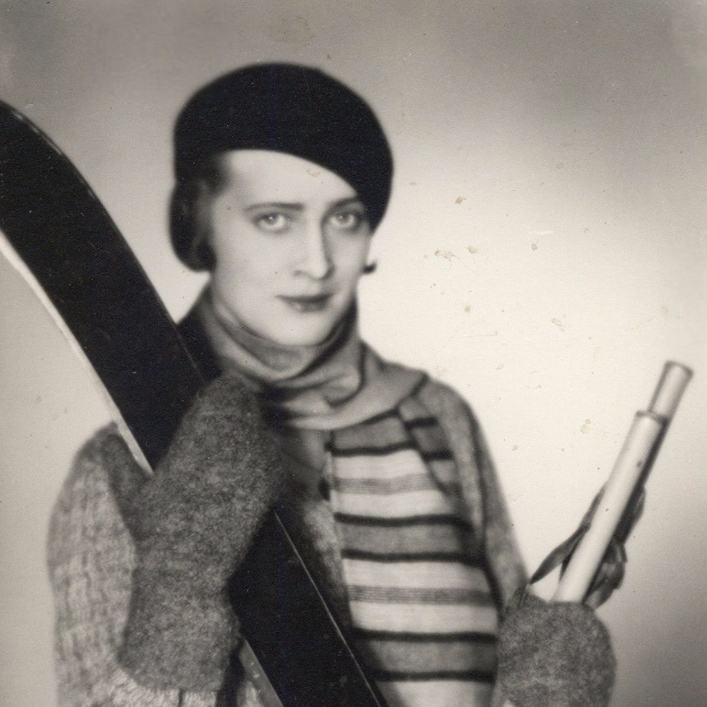 This year’s winter rather disappoints lovers of winter sports, but in collections of libraries of Digital Libraries Federation we can find quite considerable amount of photographies and other objects documenting the popularity of such entertainment long time ago. The biggest set of photos of recreation amog the world of snow and ice is shared by the Library of Private Collections. Most of them are from 30s and were made in Poland –  they are described in details accordingly to their clothes of people and background. They depict mainly skiers, skaters, hockey players and sledge amateurs. Similar publications can be found in the Digital Lower Silesia (archival photographies of ski slopes), the National Digital Library POLONA (portrait of the woman with skis) and also in the Multimedia Library of NN Theatre (skiing Wiesława Borkowska and Seweryn Aszkenazy). Apart from photographies, there are also many guidebooks  concerning winter sports, for example in the Pomeranian Digital Library we can read manuals about skiing equipment and learning how to ski, NDL Polona released a photographic guidebook about taking photos while skiing, in the Digital Library of Małopolska there is an illustrated newspaper scrap about sport during autumn and winter from 30s, whereas the Jagiellonian Digital Library offers a two-weekly periodic Skiing crisply published by the Skiing Section A.Z.S. Cracow. An interesting object is also the poster of the 1st International Skiing Day and Competition in Zakopane on the beginning of the 20th century, which can be found in the National Digital Museum in Warsaw. 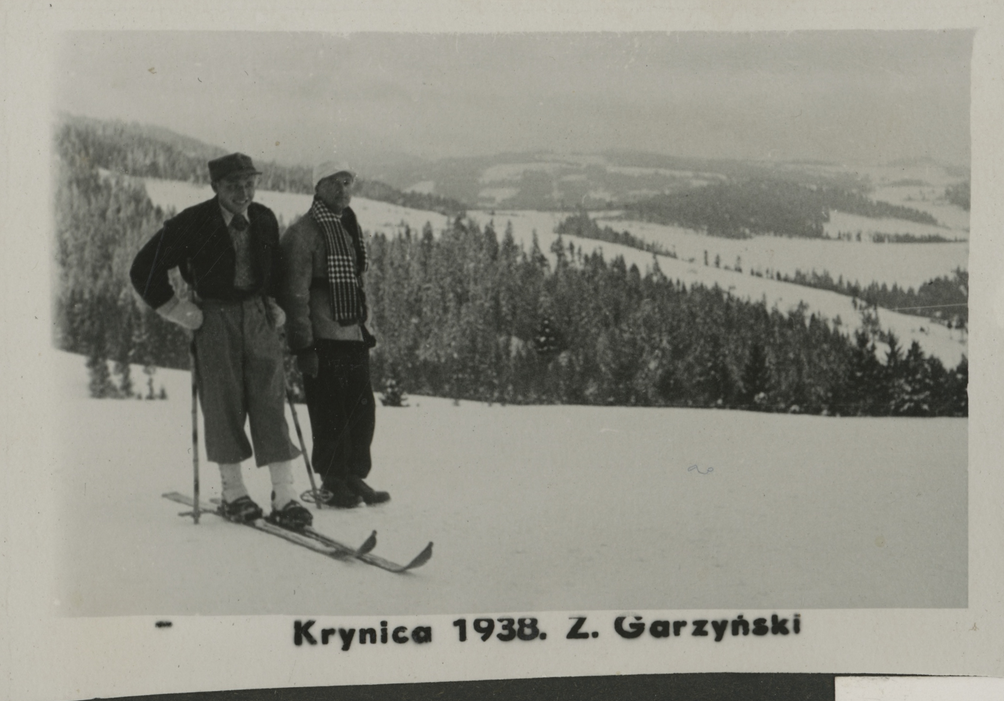 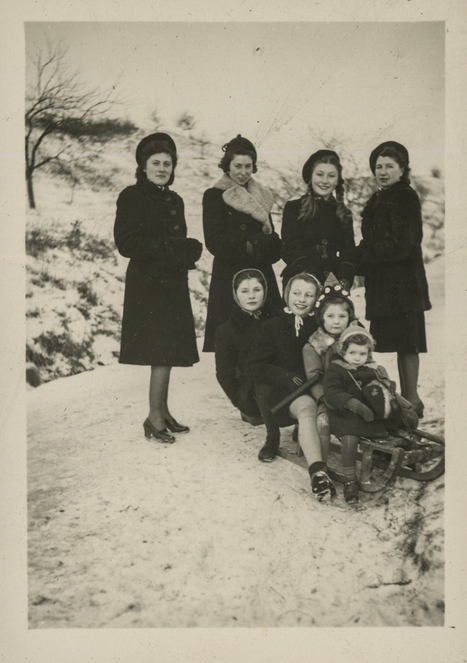 Women and children with sledges, 40s 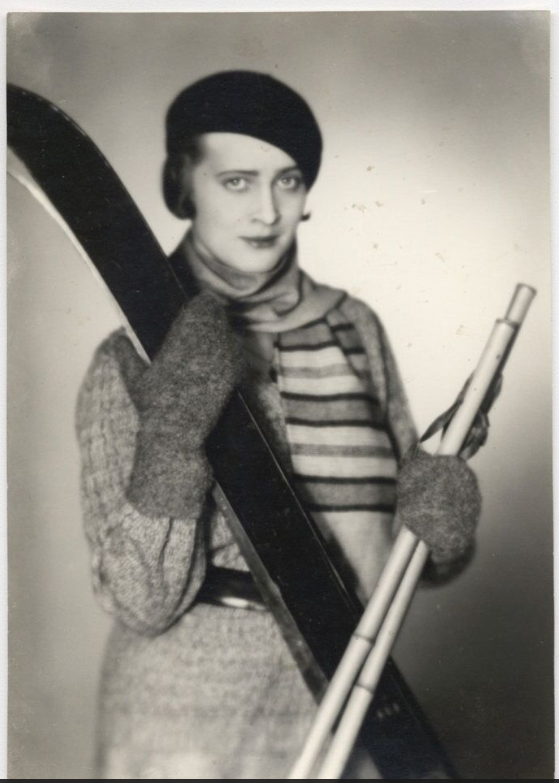 Portrait of woman with skiis 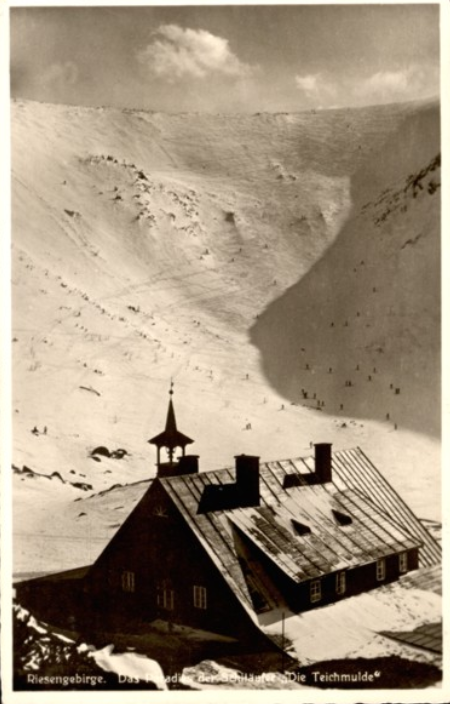 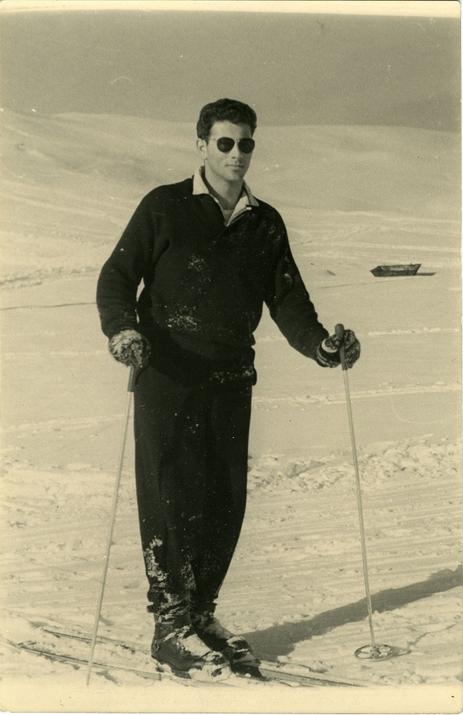 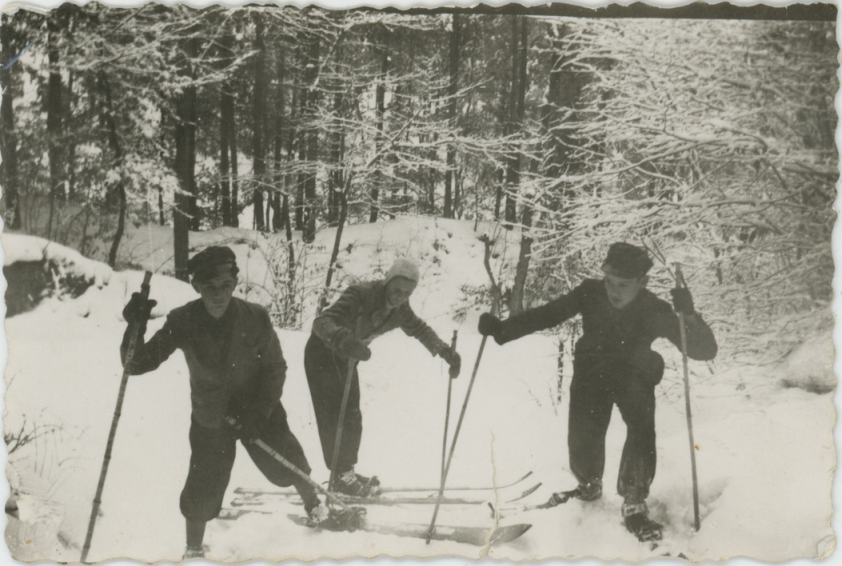 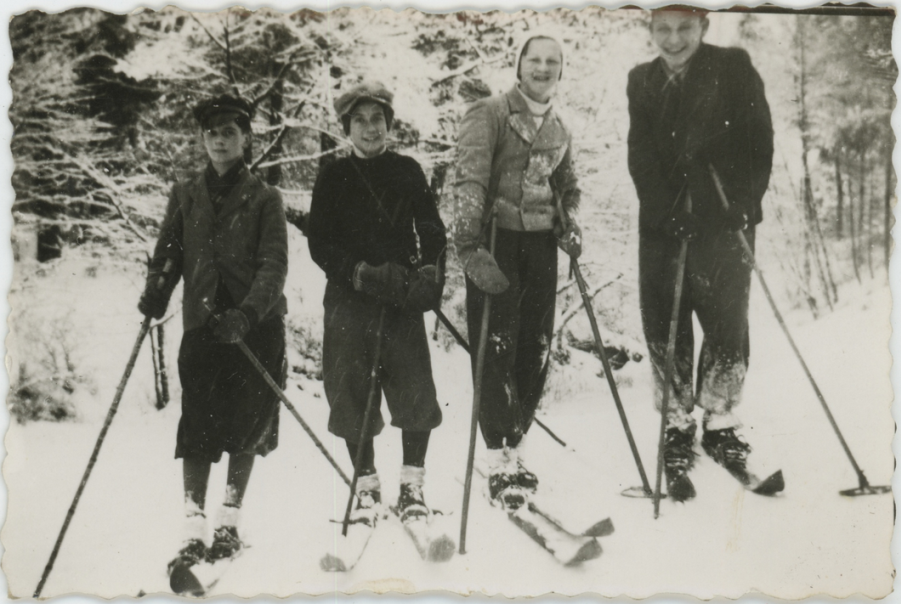