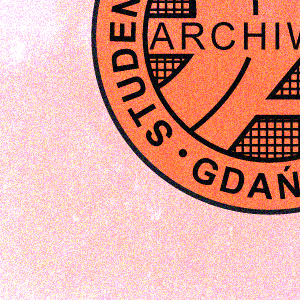 Few of the most interesting radio recordings available in Polish digital libraries are sound documents of Student Radio Agency Gdańsk made by Marek Prusakowski in 1977.  They are accessible in Pomeranian Digital Library. Student Radio Agency has been running in dormitory of the Gdańsk University of Technology since 1957 and is one of the oldest academic broadcasting stations in Poland. In its repertoire there were among others auditions about music, literature, entertainment and journalism. Music auditions were especially diverse: apart from young singers-songwriters, student chansons and cabarets recorded on the spot, there were also interviews, plays concerning certain mainstreams and genres, artists, bands, festivals, concerts and movies.

One of the most appealing records of a universal subject for listeners even 40 years later is an audition about life and output of Leonard Cohen. As well some selected pieces of his musical and poetry work performed by other artists were presented in this record. Songs are presented in Polish versions and that was the main reason why Cohen gained such a big popularity in Poland during 80s. It was Maciej Zembaty’s and Maciej Karpiński’s herit, who undertook lyrics translation and then performance of cover songs.